Do you know the history of Pride?

Pride is a big LGBT celebration in June with parades and marches. They’re usually very happy events, full of costumes, booty shorts, rainbows, leather, and glitter. The big party is the Pride you’ve probably heard of or seen in the news.

It has painful roots, however.

Pride originates as a result of police violence.

Back in the 1960s, cops used to raid bars that catered to LGBT customers on the regular. Back then, it was illegal to be gay. Being gay was a mental disorder** in the American Psychological Association’s manual of psychiatric disorders. Cops could even arrest and force the hospitalization of gay people.

Back then, NYPD’s Public Morals Division enforced the vice laws – laws against gambling, prostitution, narcotics, and homosexuality. They would regularly harass gay folks who went to certain bars.

But that changed one night in late June 1969. When the cops raided the Stonewall Inn in Greenwich Village NYC, the patrons fought back. People were sick and tired of cops harassing them.

(Notice similarities with what we’re going through now?)

Rumor has it that the scuffle started when a black trans activist named Marsha P Johnson threw a shot glass into a mirror in the bar and shouted, “I want my civil rights!” It’s known as ‘the shot glass heard ’round the world.’

Stories from that night and how things started still aren’t clear 50+ years later.

We do know that Marsha was a fierce advocate for Black, Gay, and Trans rights and wanted an end to police brutality. She had a significant impact on the movement, even as gays typically didn’t want Trans folks to be part of the protests. (More on that in a minute).

The Stonewall Uprising/Rebellion/Riot lasted for days and started the gay liberation movement. Yet the worldwide movement for gay rights traces back to Magnus Hirschfeld in Berlin, Germany, in 1897.

Folks saw what happened at Stonewall and understood they weren’t alone in their persecution. On the first anniversary of the Stonewall Uprising, the community held the first Christopher Street Liberation Day, and gay pride events began in LA, SF, and Chicago too. Over time, it became known as Pride in the US.

Pride is celebrating hard-won space and acceptance. In 2009, President Obama declared June “Pride Month,” and it continued every year after that.

Despite some great wins for the community. There’s still work to do. The struggle is still there for lots of our Trans brothers, sisters, and gender non-binary siblings. Trans folks are still most at risk for systemic discrimination and violence.

So that’s a brief history of Pride. What should we continue advocating for? For sure, an end to police brutality. As well as diversity, equality, and inclusion.

And the history of gay rights should be taught in schools.

**That changed in Dec. 1973 to a “Sexual Orientation Disturbance.”

p.s., ETA, if there’s a sex topic you’d like to learn about, hit reply in the email or drop a comment in the form below. Thank you for reading! 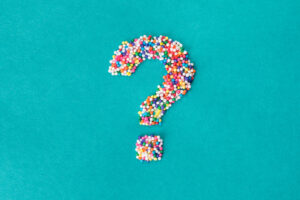